Trust in one’s own abilities and take that leap of faith!

I live in Bahawalpur. You know what’s really frustrating? To not be able to contribute. That feeling of helplessness of being confined by invisible cultural norms. It had become increasingly unbearable because I could see that my household required a two-person income and yet I was home, not contributing to my family’s financial situation at all. Then I heard about a textile skills program being given two districts away. I. resolved to take hold of this opportunity. I traveled from Chak 26 BC to Chak 28 BC, I regularly attended Kaarvan’s trainings despite the huge distance.It was only gradually that I realized that these trainings changed me far more than they changed my family’s economic standing.

I had joined as a tailor in hopes to earn for my family. With two daughters and two sons, my husband could not support all of us with his income as a plumber. Hence, I started attending trainings and with time became a home-based worker. The team gave me the first push to step into a world completely unknown to me earlier. There were numerous hardships that I faced along the way, however, nothing held me back because I knew this was my chance to follow my dreams and to be someone of my own. From there on, I received consistent stitching orders and my work began to expand.

While I began expanding my business, I noticed how so many women around me endured the same cultural challenges as me —feeling powerless in the face of adversities that were unique to their lives. I felt that they often desired to do something but were unable to find the right channel just like I did. I strive to be this channel for them. Becoming increasingly active in mobilizing women, I now also educate women about the opportunities that lie ahead of them. I motivate them to do just what Kaarvan helped me do: trust in one’s own abilities and take that leap of faith! 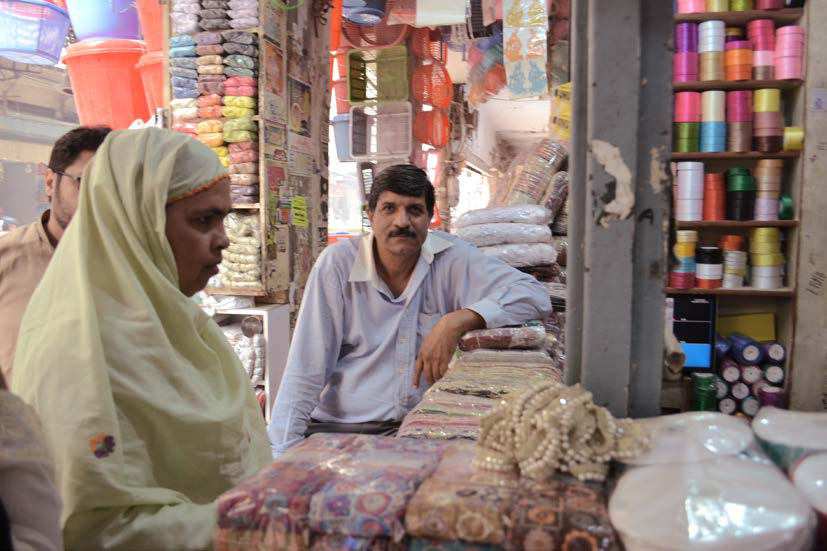